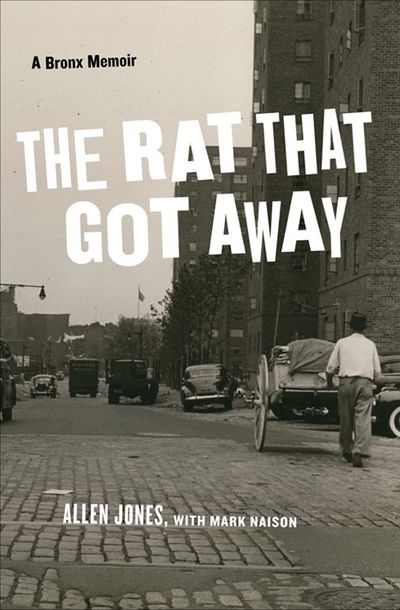 The Rat That Got Away

Published by Fordham University Press
One man’s “gripping” story of growing up in the South Bronx during an era of upheaval—and overcoming addiction to find success (Library Journal).

Allen Jones grew up in a public housing project in the South Bronx at a time—the 1950s—when that neighborhood was a place of optimism and hope for upwardly mobile Black and Latino families. Brought up in a two-parent household, with many neighborhood mentors, Jones led an almost charmed life as a budding basketball star—until his teen years, when his once peaceful neighborhood was torn by job losses, white flight, and a crippling drug epidemic. Drawn into the heroin trade, first as a user, then as a dealer, Jones spent four months on Rikers Island, where he experienced a crisis of conscience and a determination to turn his life around.

Sent to a New England prep school upon his release, Jones used his skills and street smarts to forge a life outside the Bronx, first as a college athlete in the South, then as a professional basketball player, radio personality, and banker in Europe. In this memoir, he brings Bronx streets and housing projects to life as places of possibility as well as tragedy—where racism and economic hardship never completely suppressed the resilient spirit of the residents.

“Paints an earthy picture of the neighborhood in the 1950s, when the projects were home to working-class black and Latino families who pushed their children to excel, through the 1970s.” —The New York Times