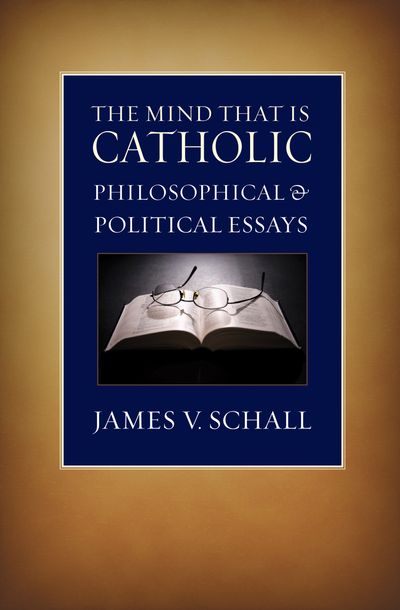 The Mind That Is Catholic

Published by The Catholic University of America Press
In this wide-ranging collection of philosophical essays, the acclaimed Catholic intellectual presents his vision of Catholic thought applied in the world.

In The Mind That Is Catholic, political philosopher and Catholic intellectual James V. Schall presents a retrospective collection of his academic and literary essays written in the past fifty years. In these essays, exploring topics from war to friendship, philosophy, politics, and everyday living, Schall exemplifies the Catholic mind at its best.

According to Schall, the Catholic mind seeks to recognize a consistent and coherent relation between the solid things of reason and the definite facts of revelation. It seeks to understand how they belong together, each profiting from the other. It respects what can be known by faith alone, but does not exclude the intelligibility of what is revealed.

In these contemplative and insightful essays, Schall shares a lifetime of study in political philosophy, a wide-ranging discipline and perhaps the most vital context in which reason and revelation meet.

“Father James V. Schall is one of the few renaissance men still among us. His knowledge of various areas of reality and human endeavor is encyclopedic.” ?Kenneth Baker, S.J., editor, Homiletic & Pastoral Review