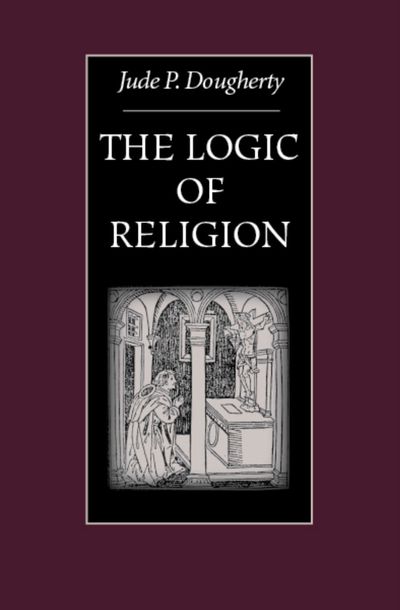 The Logic of Religion

Published by The Catholic University of America Press
The philosopher and author of Western Creed, Western Identity offers a probing history of important writings on the logic of religion.

The Logic of Religion offers a sweeping history of philosophical perspectives on religion from ancient Greek and Roman writings to medieval Christian thought to modern Western philosophy and beyond. Even among those who find no evidence for the existence of God, such as Karl Marx and Sigmund Freud, we encounter discussions of the nature of religion and its function in society.

This study begins in antiquity with Socrates, Plato, Cicero, and Seneca. It then moves through Augustine to the Middle Ages as represented by Averroes and Aquinas. By so proceeding, philosopher Jude P. Dougherty gives the reader insight into the logic of religion as conceived before and after the advent of Christianity. Subsequent investigation leads to the works of David Hume, Immanuel Kant, and G. W. F. Hegel, each of whom spoke to the implications of religion in the practical order, and of Sigmund Freud’s negative assessment of religion in The Future of an Illusion.

Although the focus of this study is primarily Western religion, attention is also paid to certain Eastern modes of thought such as Buddhism and Confucianism. Throughout, readers will find many interesting philosophical observations of the nature of belief, worship, ritual, sacrifice, doctrine, theology, and community.