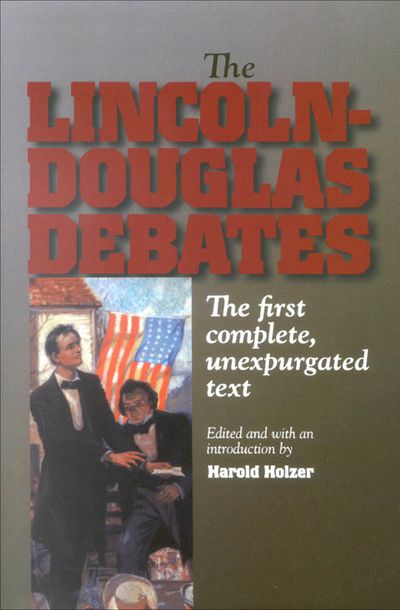 Published by Fordham University Press
This authoritative edition of the Lincoln-Douglas debates from a leading Lincoln historian brings to life the passions that divided nineteenth-century America.

The seven debates between Abraham Lincoln and Stephen Douglas held during the Illinois senatorial race of 1858 include some of the most important statements in American political history. Taken together, they embody the nation’s dramatic struggles over the issues that would lead to the Civil War: the virtues of a republic and the evils of slavery.

So contentious were these debates that two newspapers attempted to record and publish the proceedings verbatim. In this acclaimed book, Lincoln historian Harold Holzer brings us as close as possible to what Lincoln and Douglas actually said. Using transcripts of Lincoln’s speeches as recorded by the pro-Douglas newspaper, and vice-versa, he offers the most reliable and accurate record of the debates available. Also included are background on the sites, crowd comments, and a new introduction.

“A vivid, boisterous picture of politics during our most divisive period. . . . This fresh, fascinating examination . . . deserves a place in all American history collection[s].”—Library Journal