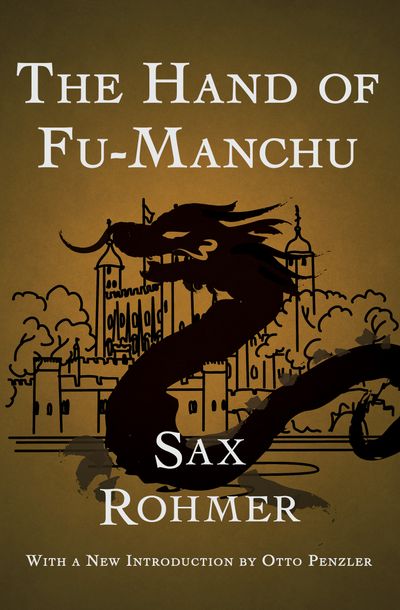 Published by MysteriousPress.com/Open Road
From beyond the grave, Fu-Manchu reaches out to destroy the world

When Dr. Petrie saw a bullet enter the skull of the fiendish mastermind Fu-Manchu, he assumed England had nothing more to fear from the evil genius. But Nayland Smith knows that whatever became of the devil doctor, the sinister organization he served will go on trying to conquer the world.

Sir Gregory Hale, erstwhile attaché to the British Embassy in Peking, might be the key to foiling the Si-Fan. Just back from a six-month expedition to the Gobi Desert, Hale is holed up in a London hotel and refuses to see anyone but Smith. Ten minutes before the Burmese commissioner reaches him, Hale is struck dumb by a deadly poison. In his final seconds, he manages to scratch out a warning: “Guard my diary. . . . Tibetan frontier . . . Key of India. Beware man . . . with the limp.”

Those last words, and the brass box Hale brought back with him from Mongolia, are the only ammunition Smith and Petrie have in their fight against an army more powerful than any the world has ever known.

This ebook features a new introduction by Otto Penzler and has been professionally proofread to ensure accuracy and readability on all devices.