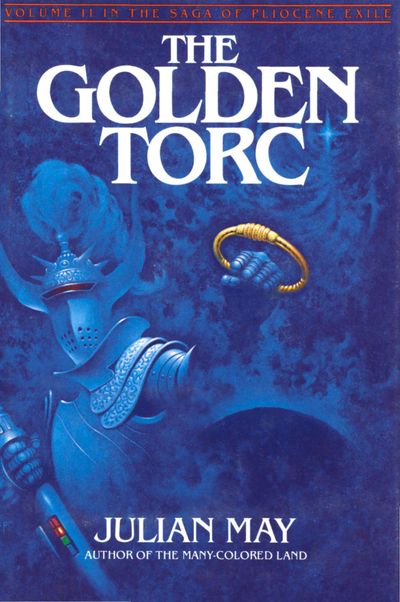 Second in the series that portrays “one of the best-thought-out futures ever encountered in science fiction” from the author of The Many-Colored Land (Joe Haldeman).

Six million years in the past, a proto-Europe is inhabited by two extraterrestrial races, the chivalric Tanu and the dwarfish, forest-dwelling Firvulag—both of which possess far-reaching psychic powers. But now, time-traveling humans from a future society have become involved in the age-old struggle between the two.

One group of captured humans is brought to Muriah, the stately capital of the Tanu kingdom. Among them is Elizabeth Orme, who was once, in her own world, a Grand Master Metapsychic. In spite of Tanu harassment, she begins to recover her lost powers.

The other human group, which has managed to overcome its Tanu guards and escape into the northern forests, includes Chief Burke, a Native American, and Felice Uindry, an athlete gifted with certain psychic powers of her own. This group, with the ambiguous aid of the Firvulag, determines to launch an attack against the very heart of Tanu dominance. At the end of the Grand Combat tournament between Tanu and Firvulag comes the astonishing climax to this astonishing novel.

Praise for the Saga of Pliocene Exile

“Enchanting and engrossing . . . I was captivated.”—Fritz Leiber

“Julian May has woven a many-colored tapestry of exotic adventure.”—Roger Zelazny

“An amazing journey from the distant future to the distant past . . . High adventure.”—SFReviews.net