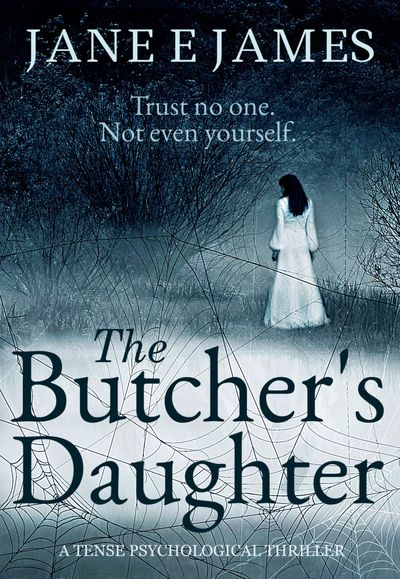 Published by Bloodhound Books
In a Welsh seaside town known as Suicide Bay, a young woman just released from an asylum is unsure if she can trust anyone—including herself . . .

When Natalie Powers returns home for the first time in thirteen years, she must convince everyone she has fully recovered from the mental illness that’s seen her institutionalized for most of her young life. But instead of being welcomed back, Natalie enters a baffling world of deception. She must fight her way through the lies in order to discover the truth about her mother’s sudden disappearance sixteen years earlier. To do this, Natalie must also try to make sense of the hazy memories from the past that continue to haunt her.

In the village of Little Downey, where a series of cliff-top suicides have caused a decline in tourism, everybody appears to harbor a secret—including her father, the village butcher, who refuses to discuss the subject. But who can Natalie trust if not her own father? Especially when it becomes clear her protector and confidant, Dr. Moses, is not all he appears? Natalie only hopes she can uncover the truth before her own frailty and self-doubt catapults her back into the institution—in this atmospheric psychological thriller from the author of The Crying Boy and The Long Weekend.