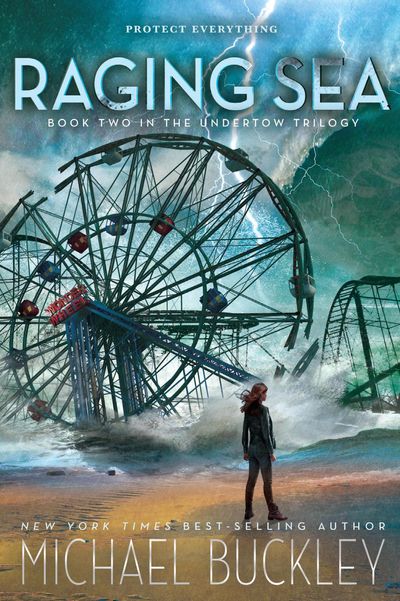 From the New York Times–bestselling author of Undertow, the aquatic, dystopian saga continues as a teen on the run must lead the fight to save the world.

In the first book of Michael Buckley’s Undertow trilogy, the Alpha arrived and the world was never the same. At the start of the second book, most of south Brooklyn is in ruins from a massive tidal wave, and the nation is terrified. Nearly everyone that Lyric Walker loves is either missing or presumed dead, including the mesmerizing prince Fathom. It’s up to Lyric to unite the Alpha before the second wave of a cataclysmic invasion wipes out mankind for good. And a new nightmare is approaching…

“Watery fun right up to the cliffhanger.”—Kirkus Reviews

“The second book in [the] series, and it somehow manages to raise the stakes and the action to an unprecedented level.”—Hypable

"Fans of the first title will clamor for this sequel.”—SLJ