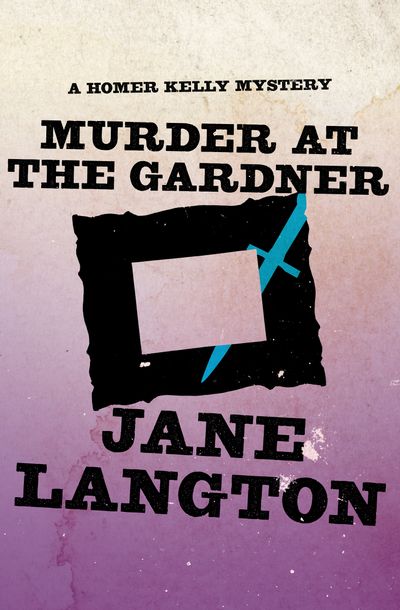 Murder at the Gardner

Published by MysteriousPress.com/Open Road
“Langton brings back the Golden Age Murder with style, wit, and charm” as scholar/sleuth Homer Kelly finds Boston’s famous museum has become a crime scene (Tony Hillerman).
There are frogs in the pond at the Isabella Stewart Gardner Museum. A balloon has been tied to one of the sculptures in the small museum’s hallowed halls. And, worst of all, someone has moved paintings while no one was looking. At most museums these pranks would be an annoyance, but at the Gardner—whose founder stipulated that the museum be disbanded if the original collection is ever disturbed—they could spell disaster. The Gardner’s board hires Harvard professor and former police lieutenant Homer Kelly to investigate the mischief. Hardly an art lover, Kelly has trouble taking the threat seriously at first. But when a museum patron is found dead after catching the prankster in the act, Homer springs into action. He may know nothing about art, but murder is something he understands all too well.