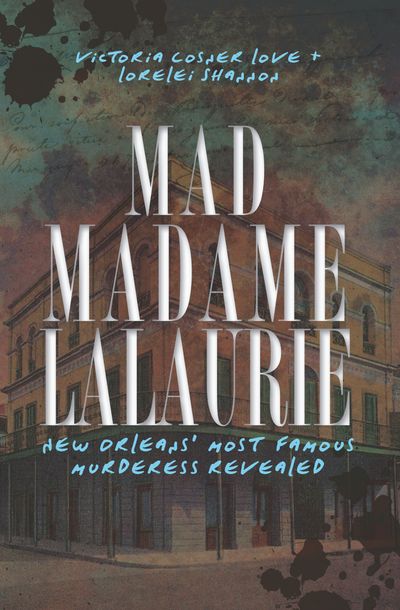 Published by Arcadia Publishing
The truth behind the legend of New Orleans’ infamous slave owner, madwoman, and murderess, portrayed in the anthology series, American Horror Story.

On April 10, 1834, firefighters smashed through a padlocked attic door in the burning Royal Street mansion of Creole society couple Delphine and Louis Lalaurie. In the billowing smoke and flames they made an appalling discovery: the remains of Madame Lalaurie’s chained, starved, and mutilated slaves. This house of horrors in the French Quarter spawned a legend that has endured for more than one-hundred-and-fifty years.

But what actually happened in the Lalaurie home? Rumors about her atrocities spread as fast as the fire. But verifiable facts were scarce. Lalaurie wouldn’t answer questions. She disappeared, leaving behind one of the French Quarter’s ghastliest crime scenes, and what is considered to be one of America’s most haunted houses.

In Mad Madame Lalaurie, Victoria Cosner Love and Lorelei Shannon “shed light on what is fact and what is purely fiction in a tale that’s still told nightly on the streets of New Orleans” (Deep South Magazine).