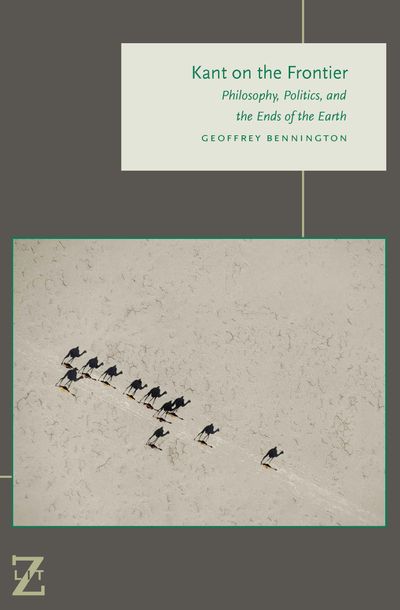 Kant on the Frontier

Published by Fordham University Press
A philosophical exploration of Kant’s writings on teleology, history, and politics and how the concept of the frontier shapes—and complicates—his thought.

At a time when all borders, boundaries, and limits are being challenged, erased, or reinforced—often violently—we must rethink the concept of frontier. But is there even such a concept? Through an original and imaginative reading of Kant, philosopher Geoffrey Bennington casts doubt upon the conceptual coherence of borders.

The frontier is both the central element of Kant’s thought and the permanent frustration of his conceptuality. Bennington brings out the frontier’s complex, abyssal, fractal structure that leaves a residue of violence in every frontier and complicates Kant’s most rational arguments in the direction of cosmopolitanism and perpetual peace.

Neither a critique of Kant nor a return to Kant, this book proposes a new reflection on philosophical reading, for which thinking about the frontier is both essential and a recurrent, fruitful, interruption.