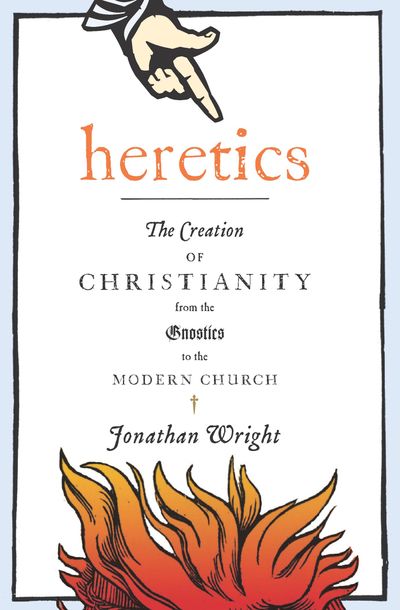 Published by Houghton Mifflin Harcourt
A lively examination of the heretics who helped Christianity become the world’s most powerful religion.

From Arius, a fourth-century Libyan cleric who doubted the very divinity of Christ, to more successful heretics like Martin Luther and John Calvin, this book charts the history of dissent in the Christian Church.

As the author traces the Church’s attempts at enforcing orthodoxy, from the days of Constantine to the modern Catholic Church’s lingering conflicts, he argues that heresy—by forcing the Church to continually refine and impose its beliefs—actually helped Christianity to blossom into one of the world’s most formidable religions.

Today, all believers owe it to themselves to grapple with the questions raised by heresy. Can you be a Christian without denouncing heretics? Is it possible that new ideas challenging Church doctrine are destined to become as popular as Luther’s once-outrageous suggestions of clerical marriage and a priesthood of all believers? A delightfully readable and deeply learned new history, Heretics overturns our assumptions about the role of heresy in a faith that still shapes the world.

“Wright emphasizes the ‘extraordinarily creative role’ that heresy has played in the evolution of Christianity by helping to ‘define, enliven, and complicate’ it in dialectical fashion. Among the world’s great religions, Christianity has been uniquely rich in dissent, Wright argues—especially in its early days, when there was so little agreement among its adherents that one critic compared them to a marsh full of frogs croaking in discord.” —The New Yorker