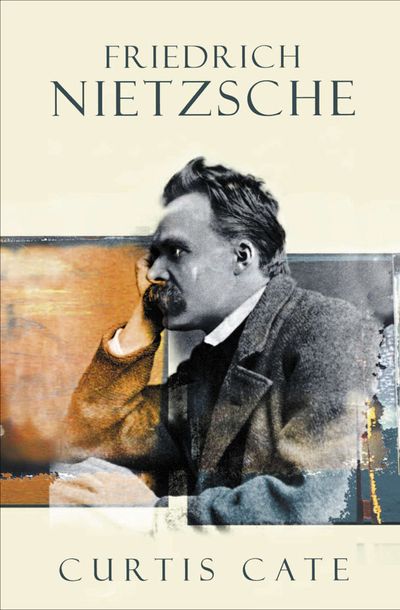 Published by ABRAMS (Ignition)
“An accessible, anecdotally rich” biography of the profoundly influential 19th century philosopher, author of Beyond Good and Evil and The Will to Power (Kirkus Reviews).

Friedrich Nietzsche was the most fearlessly provocative and original thinker in Western history. The protean diversity of his writings make him one of the most influential of modern philosophers, yet his often paradoxical statements can be properly understood only within the context of his restless, tragic life. Physically handicapped by weak eyesight, violent headaches and bouts of nausea, this Nietzsche made short shrift of self-pity and ostentatious displays of compassion. The son of a Lutheran clergyman, whom he adored, he became a fearless agnostic who proclaimed, in Thus Spake Zarathustra that “God is dead!”

Curtis Cate’s refreshingly accessible new biography brilliantly distills and clarifies Nietzsche’s ideas and the reactions they elicited. This book explores the musical and philosophical influences that inspired his thought, the subtle workings of his creative process, and the acute physical suffering he combated from his adolescence until his final mental collapse of January 1889.

Cutting through the academic jargon and clearing away the prejudices that have become associated with Nietzsche’s name, Cate reveals a man whose ideas continue to have prophetic relevance and incredible vibrancy today.