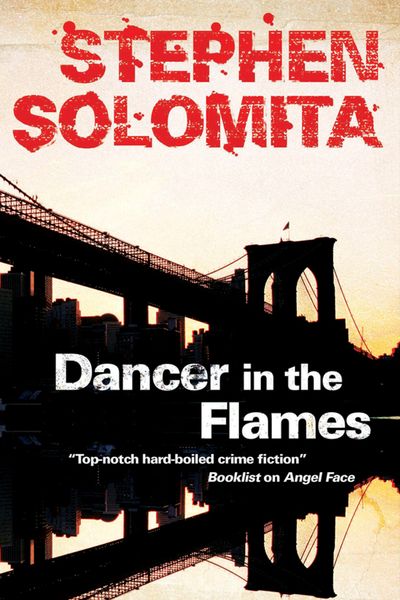 Dancer in the Flames

Published by Severn House Publishers
The NYPD hides a killer within the ranks in this “dark, satisfying” hard-boiled noir thriller (Publishers Weekly).

Detective Boots Littlewood of Brooklyn’s Sixty-Fourth Precinct has been assigned an investigation that’s hitting close to home: the murder of his police captain. It’s been called another tragic cop killing. Boots suspects something closer to an organized hit—and he knows in his gut that the perp in custody is an innocent man. Boots’s new partner, “Crazy” Jill Kelly, is taking it personally, too. The daughter of a murdered officer, she’s got a quick temper, a vengeful streak, and perfect aim.

Once Boots and Jill hit the streets, they uncover more than dirty secrets. The investigation reaches back a decade to the sordid serial crimes of the Lipstick Killer—and ahead to a cesspool of corruption and conspiracy that taints the badges of New York’s finest. But as Boots and Jill prepare for hunting season, they realize that they themselves are being hunted.