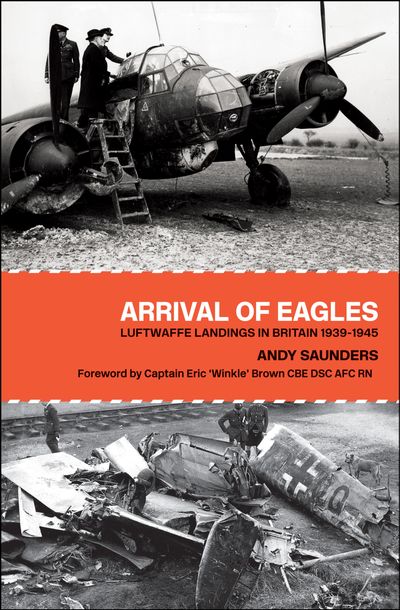 Published by Grub Street Publishing
A fascinating look at German planes that wound up in British territory during World War II, with photos.

During the Second World War, a great many Luftwaffe aircraft arrived in the United Kingdom or its coastal waters, but, as with the famous flight of Rudolf Hess, not all of them through “conventional” combat circumstances. Some got lost; others were brought by defectors; some were lured through electronic countermeasures by the RAF; and others were brought down in unusual circumstances. However they arrived, all manner of types appeared—He 111, Go 145, Me 110, Ju 88, Me 109 F and G, Fw 190, Do 217—and all were of great interest to the RAF.

In some cases, aircraft were repaired and test flown, betraying vital and invaluable information. In Arrival of Eagles, an author of numerous books on military aviation examines a selection of such intriguing cases and draws upon his own research, interviews, official reports, and eyewitness accounts to bring alive these truly unusual accounts, all richly illustrated with photographs.