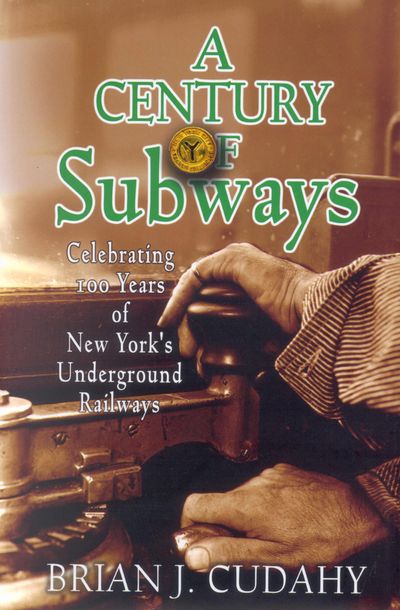 A Century of Subways

Published by Fordham University Press
The transit historian and author of Under the Sidewalks of New York delivers a lively and authoritative history of New York City’s fabled subway.

On the afternoon of October 27, 1904, ordinary New Yorkers descended beneath the sidewalks for the first time to ride the electric-powered trains of the newly inaugurated Interborough Rapid Transit System. More than a century later, the subway has expanded greatly, weaving its way into the fabric of New York’s unique and diverse urban life.

In A Century of Subways, transit historian Brian J. Cudahy offers a fascinating tribute to New York’s storied and historic subway system, from its earliest beginnings and many architectural achievements, to the ways it helped shape today’s modern metropolis. Taking a fresh look at one of the marvels of the twentieth century, Cudahy creates a vivid sense of this extraordinary system and the myriad ways the city was transformed once New Yorkers started riding below the ground.