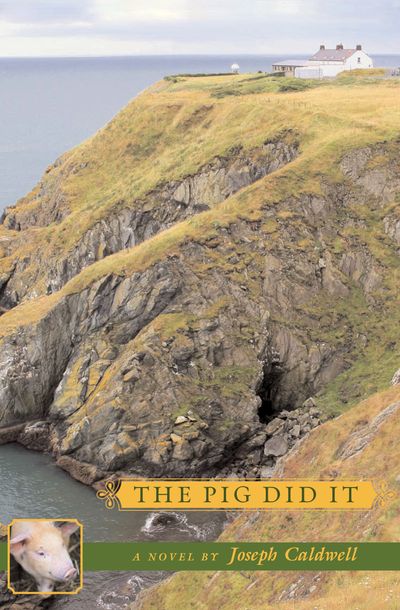 The Pig Did It

An American in Ireland encounters mystery, romance—and an extremely disruptive pig: “Very funny . . . a payoff that is as unexpected as it is satisfying” (Publishers Weekly).

Possibly the most obstreperous character in literature since Buck Mulligan in James Joyce’s Ulysses, Mr. Caldwell’s pig distracts everyone from his or her chosen mission. Aaron McCloud has come to Ireland from New York City to walk the beach and pity himself for the cold indifference of the young lady in his writing class he had chosen to be his love. The pig will have none of that.

Aaron’s aunt Kitty McCloud, a novelist, wants to get on with her bestselling business of correcting the classics, at the moment Jane Eyre, which in Kitty’s version will end with Rochester’s throwing himself from the tower, not the madwoman’s. The pig will have not a bit of that. What the pig eventually does is root up in Aunt Kitty’s vegetable garden evidence of a possible transgression that each of the novel’s three Irish characters is convinced the other probably benefited from. How this hilarious mystery is resolved in The Pig Did It—the first entry in Mr. Caldwell’s forthcoming Pig Trilogy—inspires both comic eloquence and a theatrically colorful canvas depicting the brooding Irish land and seascape.