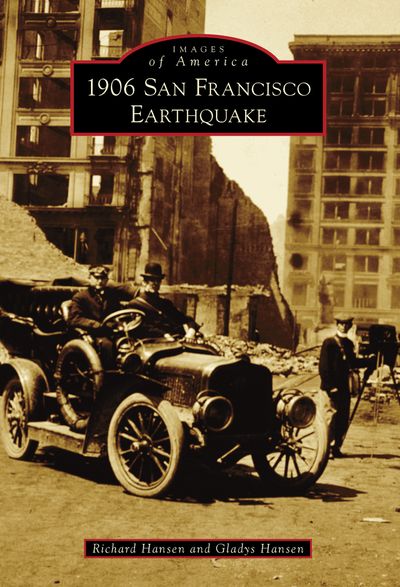 Published by Arcadia Publishing
One of the greatest disasters of the twentieth century, in words and photos.

The Great Earthquake and Fire of 1906 was an unparalleled catastrophe in the history of San Francisco. More than 4.5 square miles of the city burned and crumbled into a windswept desert of desolation. This book is filled with remarkable images, from before the earthquake through the blaze and into the rebuilding.

With stories from survivors, and extensive photographs of sites from the waterfront in the east to Golden Gate Park in the west, the marina in the north to the Mission District in the south, readers can gain a vivid sense of this major historical event and how it affected one of America’s greatest cities.