Peter R. Breggin, MD, is a psychiatrist in private practice in Ithaca, New York. He is the author of many scientific articles and more than twenty books, most recently Medication Madness: A Psychiatrist Exposes the Dangers of Mood-Altering Medications (2008). Many of his cutting-edge discoveries on the dangers of psychiatric drugs have been affirmed by recent scientific research and by FDA regulatory actions. He has taught at numerous universities and acts as an expert witness in legal cases involving harm done by psychiatric medication and electroshock. 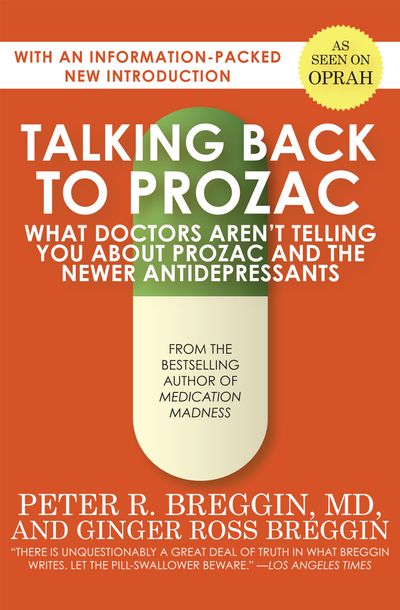 Talking Back to Prozac