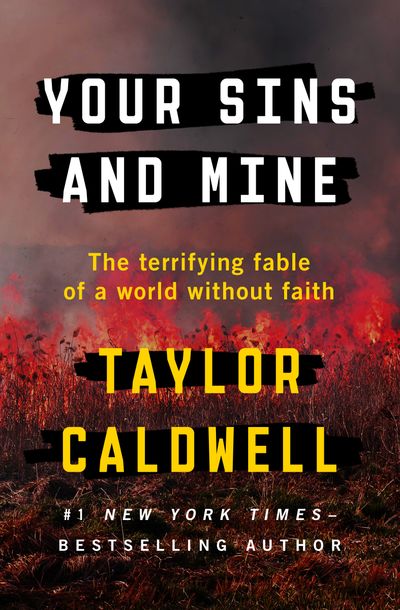 Your Sins and Mine

Published by Open Road Media
Mankind falls under a sentence of death in this fable of a world without faith from a #1 New York Times–bestselling author.

First there were the changes in weather. Lack of rain was turning the plains of Iowa, Kansas, and Idaho into arid blocks of parched earth. In the North, it was already January, and no sign of snow. All over the world, the seas were shrinking, and creeks and rivers looked like dried scars. But for Pete, the terrified son of a midwestern farming family, the first great omen came one unseasonably warm winter night when the moon simply vanished from a cloudless sky, and the clocks stopped.

Soon, Pete’s family farm becomes a prison as a strange sulfurous fog rolls across the land. In its wake, poisonous and mindful weeds grow wild, choking to death anything—and anyone—within reach. The only sign of life on the streets is a relentless army of scorpions with a sting that kills. But when the government finally moves in, it’s not to protect; it’s for a reason far more deadly and absolute than anyone can imagine. Now, Earth’s survivors face something even more frightful than nature: the evil of men.

Author Taylor Caldwell’s “beautifully written” dystopian novel is an unforgettable story of courage, passion, and the will to believe (The Washington Post).