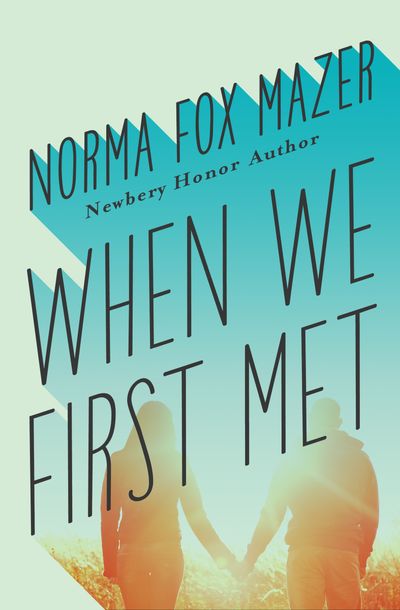 When We First Met

Published by Open Road Media
How is it possible that the one guy Jenny falls for is totally off limits?

March isn’t usually Jenny’s month. For one thing, it’s too dark and gray. For another, her sister, Gail, died two years ago in March after being hit by a drunk driver, a blow her family hasn’t yet recovered from. But March is also when she first sees Rob. He’s new in school, and although Jenny doesn’t know who he is yet, she can’t look away when they pass each other in the halls. She knows there’s something between them, and he seems to know it too, until a chance conversation reveals something terrible: Rob’s mother was the driver who killed Gail.

Even as Jenny tries to pull away from Rob, she’s secretly glad about his stubborn insistence that they be friends despite their pasts. If Jenny and Rob become friends—or more—is she betraying her family? Can she and Rob find a way to transcend the tragedies in both their pasts and hold on to each other?