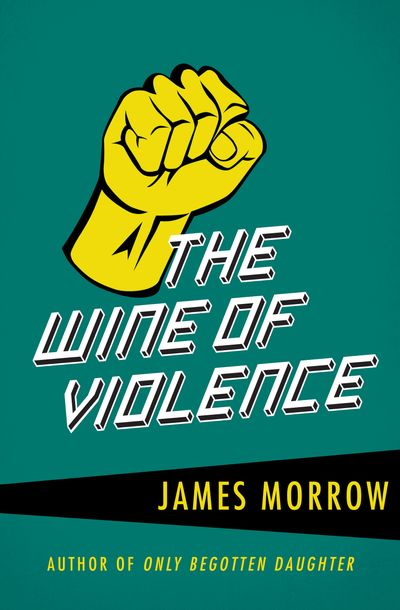 The Wine of Violence

Published by Open Road Media
On a distant planet, two human societies keep an uneasy equilibrium—one nonviolent, the other ferocious—in this “triumphant writing performance” (Atlantic City Press).
A fact-finding mission has crash-landed on a harsh world, leaving entomologist Francis Lostwax and physicist Burne Newman marooned. The scientists are rescued by a mysterious society whose inhabitants are wholly incapable of murder, assault, rape, or any other form of aggression. Protected by a river made of liquid hate, the descendants of Quetzalia’s original human colonists have devised a strange techno-religion that has in turn engendered a culture of total pacifism.
While Burne undertakes to rid the planet of the savage and menacing brain-eaters that flourish beyond the utopia’s walls, Francis cultivates his romantic feelings for Tez Yon, the Quetzalian surgeon who saved his life. But the entomologist’s obsession with Tez’s soul leads him down a dark and twisted path, in time confronting him with a terrible dilemma. Should he murder the woman he loves to save a society he abhors?