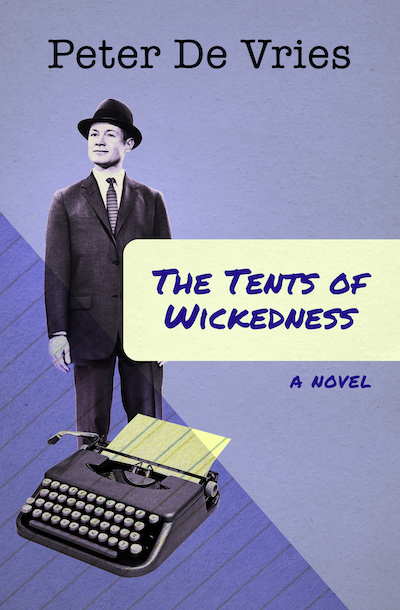 The Tents of Wickedness

After the wild adventures of Comfort Me with Apples, Chick Swallow has found domestic peace in Decency, Connecticut, accepting his fate as a middle-class husband and father and the author of an advice column in the local newspaper. His hard-won contentment is about to disappear like warm water down a bathtub drain, however, when fate intervenes to reunite our hero with Sweetie Appleyard, a childhood playmate with whom he once shared an intimate moment in a coal bin.

All these years later, Sweetie is just as devoted to art and allergic to the real world as she always was. In an effort to bring Sweetie out of her treehouse and urge her on with her life, Chick helps to get a book of her poetry published. But his plan backfires hilariously when Sweetie, with stunning alacrity, becomes the toast of Greenwich Village, tires of the up-all-night bohemian life, and decides that she wants to be a mother. For the father, she has two possibilities in mind: her literary patron or his brother-in-law, Nickie Sherman. To save his sister’s marriage, Chick will risk his own and pray that, for once, he can keep everything under control.