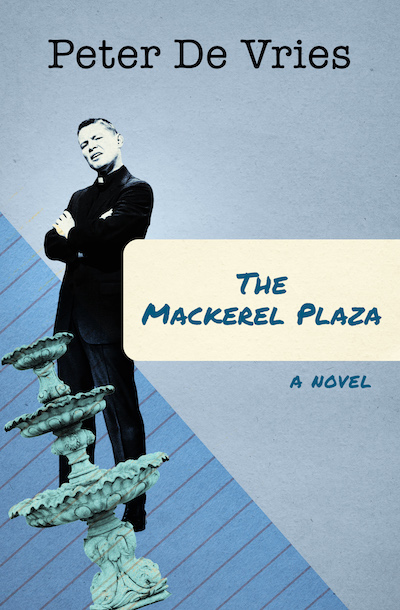 Published by Open Road Media
An irresistible comedy about faith, desire, and middle-class morality from the man described by Kingsley Amis as “the funniest serious writer to be found on either side of the Atlantic”

Pity the poor reverend Andrew Mackerel of the People’s Liberal Church of Avalon, Connecticut. His is the first split-level church in America, a bastion of modern thought and sophisticated virtue, yet even his prosperous parishioners are not immune to the backsliding evangelism infecting other parts of the country. One misguided congregant wants to sing hymns to hospital patients. Another goes so far as to put up a billboard with the message “Jesus Saves” written in phosphorescent green-and-orange letters. How is Mackerel supposed to write sermons with a vulgarity like that staring him in the face?

Worse yet, the recently widowed pastor has fallen in love with Molly Calico, a former actress turned city hall clerk, well before the church is ready to stop mourning Mackerel’s saintly wife. Plans are under way for a shopping mall and memorial plaza commemorating the dear departed, and Mackerel must go to ever-greater lengths to keep his new romance a secret and his new paramour happy. Meanwhile, it is becoming clear that his devoted sister-in-law, Hester, has plans of her own when it comes to the reverend’s matrimonial future.

As Mackerel twists and turns to get what he wants and avoid what he does not, the plot of this rollicking portrait of suburban piety kicks into high—and hilarious—gear.