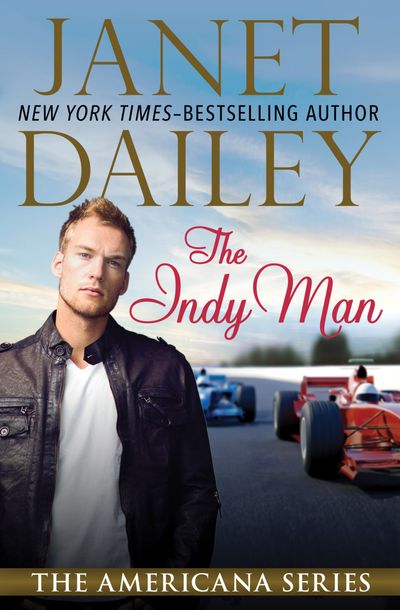 In two short months, Susan Mabry will achieve her dream of marrying Warren Sullivan, her boss and the man she’s harbored a crush on for years. An attorney, Warren isn’t the most romantic of men, but he’s handsome and knows how to make her feel special—at least when he’s not too busy working. So when an attractive stranger brazenly intrudes on them at a restaurant, Susan can’t understand why she feels butterflies.

Later that night, she sees her blue-eyed admirer on television: Mitch Braden is a champion racecar driver in town for the upcoming Indianapolis 500. Despite giving him the brush-off, Susan can’t help seeing Mitch everywhere, including the Mabry home, where he quickly charms her entire starstruck family. Susan does her best to discourage Mitch and keep Warren from becoming jealous, but when an Indy Man sets his mind on a prize—he races to win.