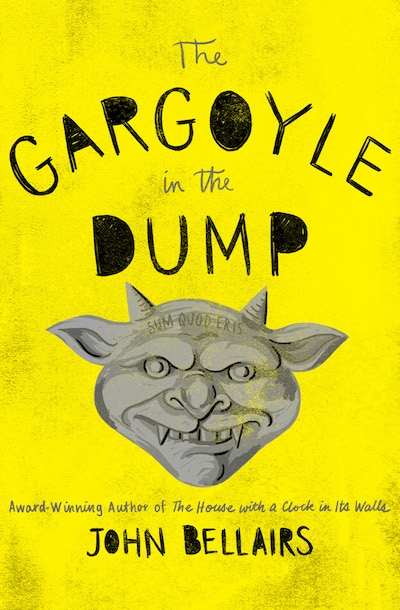 The Gargoyle in the Dump

Michael, David, and Alphonsus Jr. (aka Fonsy) are spending the summer trying to blow up the town dock and playing marathon Monopoly games. On the brink of death-by-boredom, they head to the local dump in search of treasures—such as oil cans that Michael can use to build a submarine. But what they find is far from garbage.

Staring out at them, between two black stovepipes, is the head of a grinning stone gargoyle with shifty eyes and a long snout. He demands that the brothers take him home to live with them, so the boys wrap him in blankets and cart him back in a wagon. At the house, the gargoyle regales them with vivid tales of his exploits in faraway times and places. He even comes up with endlessly inventive ways of terrorizing the boys’ irritatingly dull neighbors. Finally, this is a summer worth writing home about.

The Gargoyle in the Dump is a recently discovered, never-before-published story. Also included are two pages of the author’s original typed manuscript and an introduction from his long-time literary agent, Richard Curtis.