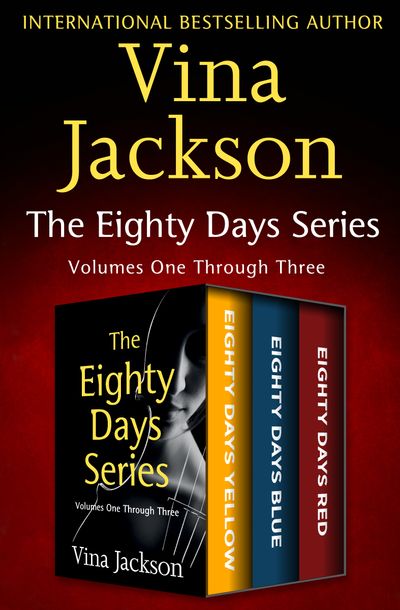 The Eighty Days Series Volumes One Through Three

Published by Open Road Media
The first three exhilarating, seductive, and tantalizingly bold books in Vina Jackson’s international bestselling Eighty Days romance series
In Eighty Days Yellow, passionate, flame-haired violinist Summer Zahova finds release in her music. She spends her afternoons playing for money in the London Underground, lost in the works of Vivaldi or Mendelssohn. When her violin is damaged beyond repair, Summer receives a surprising proposition from Dominik, a university professor with powerful desires, who has been captivated by Summer ever since he heard her perform. Unable to deny the chemistry between them, Dominik and Summer embark on an intense affair full of daring twists and turns, as unpredictable as it is thrilling.

Summer’s story continues in Eighty Days Blue and Eighty Days Red, as she moves to New York, where newfound success brings fresh temptations, and then back to London where a series of steamy affairs leads wealthy and charismatic Dominik back into her life. Summer knows that if she plays with fire, she’ll end up getting burned, but then there are some pleasures that are just too hard to deny. . . .