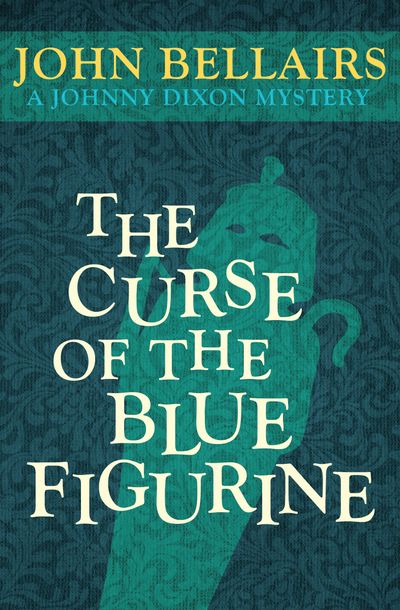 The Curse of the Blue Figurine

It’s the 1950s when Johnny Dixon’s mother dies, his father goes to fight in the Korean War, and he goes to live with his grandparents. Although life in a new house is strange, Johnny’s “Grampa” listens to his favorite ballgames, takes him on long walks, and tells him stories of the strange mysteries that lurk in the shadows. Best of all, he’s friends with Professor Childermass, an eccentric academic who’s about to take Johnny on the adventure of a lifetime.

When the professor learns Johnny loves ghost stories, he tells the boy the spookiest legend in Duston Heights, Massachusetts—the tale of the haunted church on the edge of town, with demonic carvings on its altar, and the troubled spirit of mad Father Baart, who is said to have killed two people before vanishing long ago. With the professor as his guide, Johnny sets out on a quest that will put him face-to-face with the crazy, long-dead priest.

The first book in the delightful Johnny Dixon series by the author who provides “suspense and action aplenty” (Booklist), The Curse of the Blue Figurine is a good old-fashioned Gothic adventure.