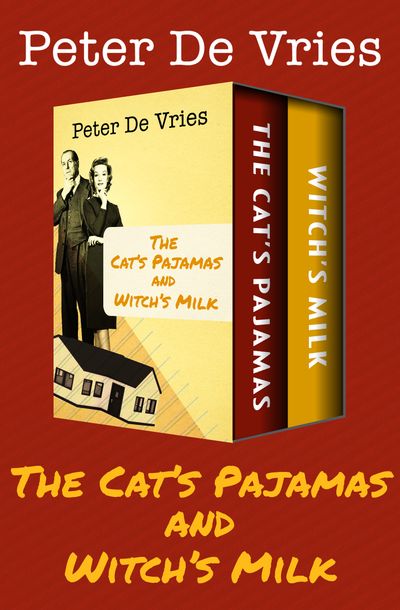 The Cat's Pajamas and Witch's Milk

When college professor Hank Tattersall sees his former flame, Lucy Stiles, at a campus concert, it sets off a chain reaction that results in one of the funniest and most unforgettable exit scenes in American literature—involving a locked door, an alcoholic dog, and a punning doppelgänger. The Cat’s Pajamas is the story of how Tattersall, a scrupulous self-reflector, falls from point A to point Z, rushing through a host of identities and indignities along the way. The unexamined life may not be worth living, he discovers, but the examined one is hardly a bed of roses.

In Witch’s Milk, Tillie Seltzer has her own trials to attend to. Chief among them is her marriage to Pete, the kind of guy who tucks a cigarette behind his ear and calls everybody Frisbee. When they first met, Tillie had more sophisticated tastes—dark strangers, homburg hats—but she was also a thirtysomething virgin whose prospects weren’t getting any better. When she cracked a joke about the honeymoon being over, Pete believed her. Now stuck in suburbia with a sick child and a philandering husband, Tillie takes a hard look in the rearview mirror. Her search for an escape route will lead her to the most unexpected place of all.

These short novels are linked by Tillie’s cameo appearance in Hank’s narrative and by the thrilling blend of satire, tragedy, and philosophy that defines the one-of-a-kind fiction of Peter De Vries.