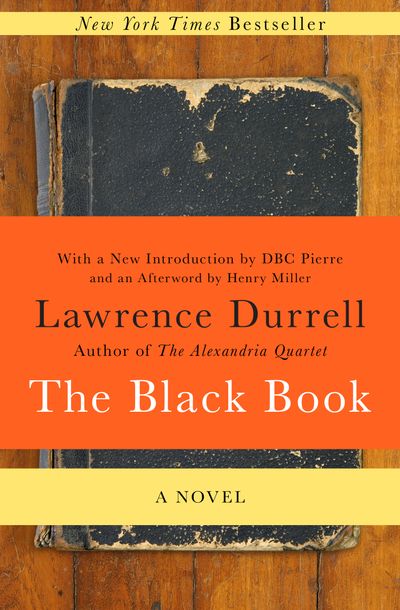 Published by Open Road Media
“The first piece of work by a new English writer to give me any hope for the future of prose fiction.” —T. S. Eliot

As over-the-top as it is inventive, Durrell’s breakthrough novel is a series of sordid vignettes drawn from the lives of decadent artists, doomed bohemians, and continental rascals inhabiting a shabby London hotel, narrated in turns by the unforgettable Lawrence Lucifer and Gregory Death. Together, these characters seek to escape the absurdity of a Europe haunted by devastating war, yet beginning to pitch toward another apocalypse. First published in 1938, and influenced by Henry Miller and the sincere pranksterism of the surrealist movement, The Black Book marks the emergence of one of the most revolutionary voices in twentieth-century English literature. This ebook contains a new introduction by DBC Pierre.