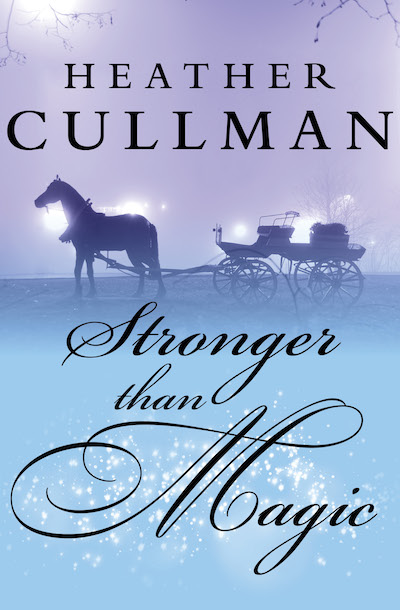 Published by Open Road Media
In this enchanting romance, a cursed beauty and a man with an endangered soul are transported through space and time to be reunited in Regency-era England for one last chance at redemption—could their love be stronger than the spell that binds them?

Born to a faerie father and a mortal mother, Lucan lacks one thing: a soul. To become complete, he must fall in love. When he does—with spoiled, willful Alys le Fayre—his life ends tragically. Too late, Alys realizes that Lucan was her soul mate. Now imprisoned in the faerie underworld as punishment for causing Lucan’s death, she is fated to spend the next millennia helping humans find happiness. But she’s never forgotten the love she lost.

Her chance for redemption comes in 1816, when she’s tasked with finding the perfect woman for Lucian Warre, the seventh Marquess of Thistlewood, who is Lucan reborn into his final life. The catch? She has only 130 days before tragedy once again befalls the half-mortal Lucian, who doesn’t believe in love and never intends to marry. But Alys has other plans . . .