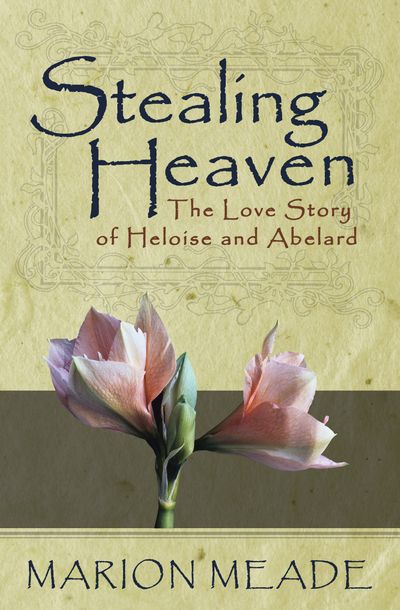 In twelfth century France, two of Europe’s greatest minds met and fell in love. It was a love forbidden by the world around them and eventually they were torn apart from each other. But the spark of it remained smoldering inside the lovers until their death and beyond.

Heloise and her tutor, Peter Abelard, share a devotion passionate in its depth and beautiful in its thoughtfulness. They marry, and Heloise bears a son whom she names Astrolabe. However, all of this must be done in secret, for Abelard is forbidden to wed by the church, which considers him a cleric. When the truth of their relationship is exposed, they are separated and punished both in body and soul.

Marion Meade weaves history and fiction together in Stealing Heaven, an epic story of one of history’s most tragic love affairs. With facts pulled from Heloise’s actual love letters, Meade creates a poetic and sensual tapestry of France in the twelfth century.

Heloise and Abelard lived beyond their punishment in quiet contemplation of life and God—Abelard as a monk and Heloise as a nun and the founder of a convent. Her story is one of a brilliant woman, trapped within the confines of her society. But it is also the story of an inspiring love that has lived on throughout history.