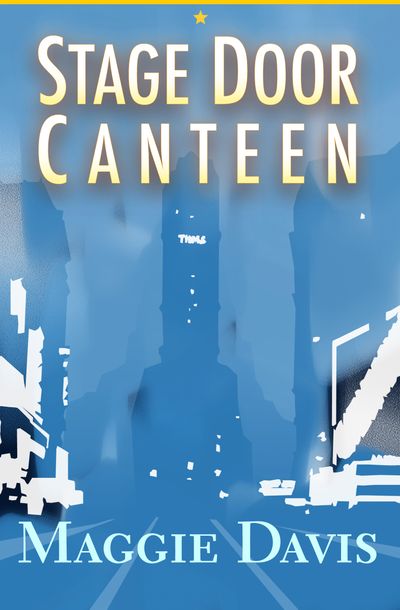 Published by Open Road Media
Lives and loves are intertwined in a novel that follows three women from the theaters and dance halls of New York City during World War II.

New York City, the capital of the free world, is dark, its lights turned off as enemy submarines lurk offshore, as close as Coney Island. Three men—a gunner from a B-17 bomber who is a national hero, a magazine editor uprooted from civilian life and attached to the Allied High Command, and the violence-stalked captain of a Royal Merchant Navy freighter—find their destinies linked with three volunteer hostesses from New York’s famous Stage Door Canteen. Genevieve Rose is a beautiful Broadway star in an experimental Rodgers and Hammerstein musical that seems headed for disaster. Elise Ginsberg is an indomitable young refugee from Hitler’s terror. And Bernadine Flaherty is an ambitious, talented teenage dancer from Brooklyn hoping for her big show-business break. Against Manhattan’s wartime glamour, GIs fresh from combat in North Africa and the Pacific find themselves dancing with the likes of the Stage Door Canteen’s Katharine Hepburn and Ava Gardner. Food, whiskey, and clothes are rationed, and spies are where one least expects to find them. Life is lived for the moment, love is passionate and often random, and those with a chance at happiness make a grab for it. For beyond the frenetic blackout, the entire world is fighting and dying.