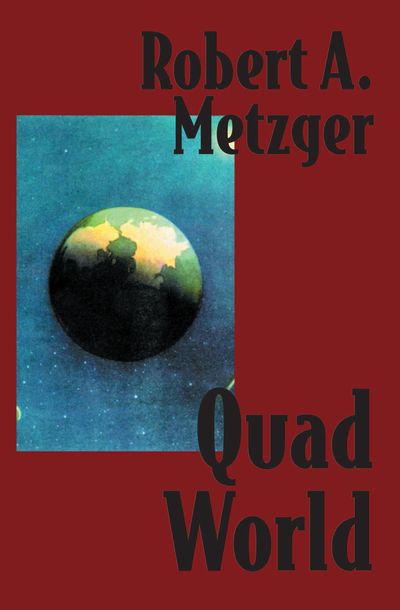 by Robert A. Metzger

Published by Open Road Media
John Smith began that morning a perfectly healthy man, but before he knows it time freezes during his morning staff meeting and he thinks he's dying. Has his body stopped or has everything around him? When the clock begins to click again, he is trapped in a parallel universe, where he is "greeted" by Joan of Arc and Robin Hood. Trapped in a world inhabited by only Quads and survivors of biological warfare, John becomes entangled in a battle between God or the Devil, Elvis and Napoleon. The fate of the world rests on John putting together the pieces of a cosmic puzzle before everyone in Quad world is forever confined to Hell. Can he discover the secrets of Quad in time?