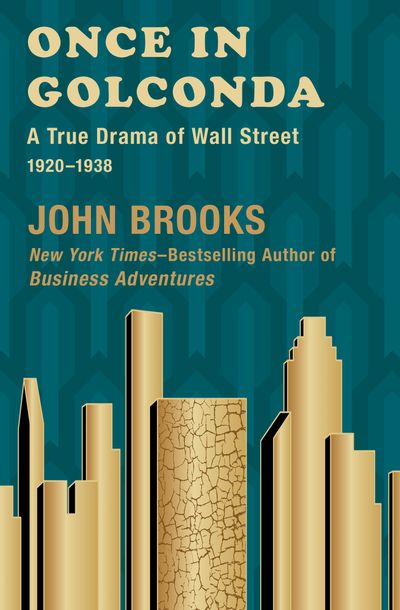 Legend had it that anyone who passed through Golconda, a city in southern India, attained tremendous wealth. But Golconda, now in ruins, ran out of riches, and its glory vanished forever. Some have painted a similar picture of Wall Street between the two world wars. But there is more to the story of the bull market of the 1920s and the ensuing economic devastation that befell the United States.

In fascinating detail, distinguished journalist John Brooks recounts the euphoric financial climb of the twenties as well as the vertiginous crash of 1929. From the heady days of economic prosperity to the sobering time after the collapse, Brooks’s rendering of this tale of vast fortune and then tragic misfortune is both dramatic and percipient. Profiling some of the era’s most famous—and infamous—bankers, traders, and hucksters, Brooks gives a stunning and colorful account of this period of boom and bust.