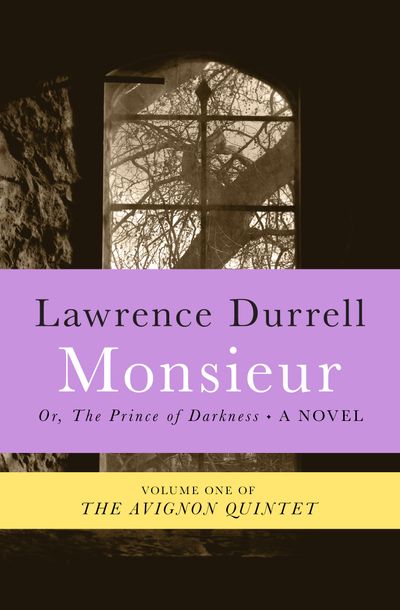 Published by Open Road Media
From the olive trees of southern France to Gnostic cults in Egypt, a man and his lovers are invented and reinvented in this first volume of a great literary adventure. For British doctor Bruce Drexel, a return to Provence is bittersweet. Here, at a rustic chateau, he once fell in love with Sylvie, the Frenchwoman who would become his wife, and befriended her brother, Piers. The three made up a peculiar, potent ménage for years until Sylvie’s descent into madness and Piers’s suicide. As Drexel attends to Piers’s affairs, he becomes steeped in the memories of a spiritually transformational trip to Egypt; the band of intellectual confederates who used to be his intimate friends; and a three-sided love that became his reason for being. So begins Monsieur, the masterful first entry of Durrell’s Avignon Quintet, an infinite regress of memory and imagination that challenges the formal conventions of fiction.