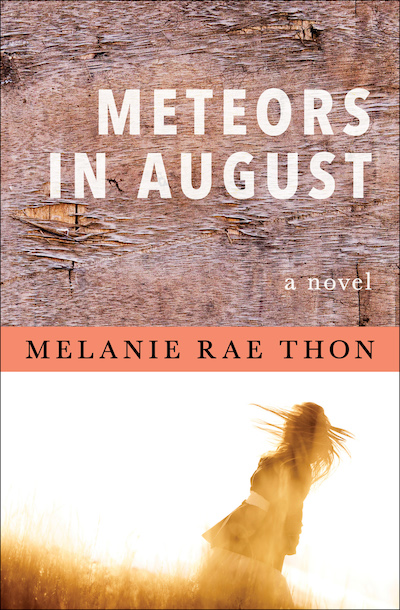 Published by Open Road Media
Charged by lyrical prose and vivid evocations of a more-than-human world, Meteors in August proves itself a magnificent debut, a tale of despair and salvation in all their many forms

Lizzie Macon is seven when her father drives a Native American named Red Elk out of their valley and comes home with blood on his clothes. The following year, her older sister, Nina, cuts her head from every family photograph and runs away with Red Elk’s son and their unborn child. Nina’s actions have consequences no one could have predicted: jittery reverberations of violence throughout the isolated northern Montana mill town of Willis. Sparks of racial prejudice and fundamentalist fever flare until one scorching August when three cataclysmic events change the town—and Lizzie’s family—forever.