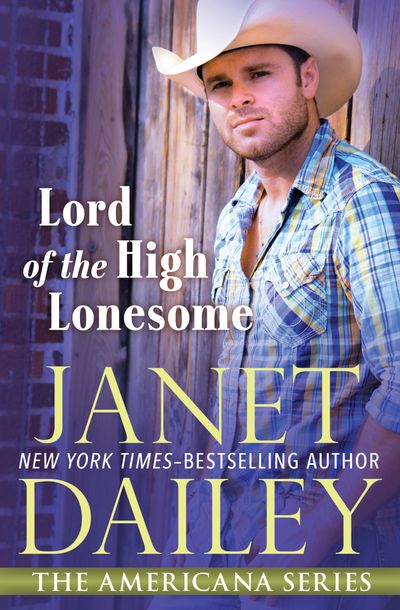 Lord of the High Lonesome

Published by Open Road Media
An English royal melts the heart of a lonesome ranch girl in this Americana romance set in the Roughrider State from the New York Times–bestselling author.

At twenty-one, Katherine “Kit” Bonner is the de facto manager of the Flying Eagle Ranch in the badlands of North Dakota. For three generations, the Bonners have tended the land and its cattle on behalf of its absentee owners—a family of English barons who seem to be more of a myth than anything else. So Kit is taken by surprise when the current baron, Reese Talbot, shows up announced. Deceived by his American accent, Kit mistakes Reese for a salesman and tries to send him packing. He, in turn, can’t quite tell if the grimy, shapeless figure on horseback is a man or a woman.

But Kit is in for an even bigger surprise when she realizes that her madding, yet undeniably gorgeous, new boss is planning to stay at the ranch long-term. As Reese attempts to pierce Kit’s tough exterior, he begins to win her grudging respect—and to thaw the ice surrounding her high lonesome heart.