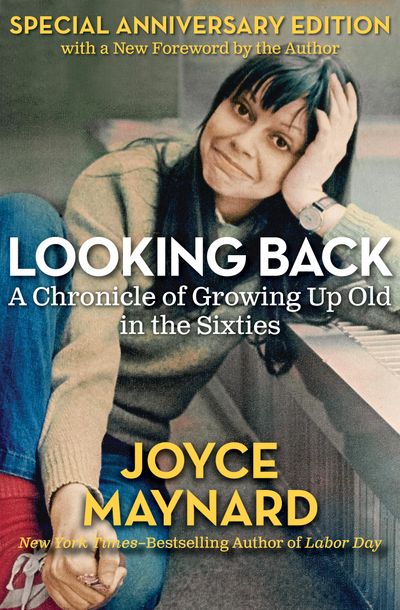 Published by Open Road Media
A memoir of what it was like to be a teenager in a tumultuous era, from the New York Times–bestselling author of The Best of Us.
Joyce Maynard was eighteen years old when her 1972 New York Times Magazine cover story catapulted her to national prominence. Published one year later, Looking Back is her remarkable follow-up—part memoir, part cultural history, and part social critique. She wrote about diving under her desk for air-raid practice during the Cuban Missile Crisis, the Beatles’ first appearance on The Ed Sullivan Show, and catching the first glimpse (on the cover of Life magazine) of a human fetus in utero. Extraordinarily frank, sincere, and opinionated, Maynard seemed unafraid to take on any subject—including herself. But as she reveals in a poignant and candid new foreword, she carefully kept her inner life off the page. She didn’t write about her difficult relationship with her mother, or her father’s alcoholism, or the fact that her best friend at college had struggled with the knowledge that he was gay. And she did not mention the most important part of her life at the time she was writing this book: her relationship with reclusive author J. D. Salinger, who read and corrected every page, even as he condemned her for writing it. In this special anniversary edition, Maynard’s candid introductory reflections on the girl behind the girl who wrote Looking Back lend a new dimension to this iconic analysis of a generation. This ebook features an illustrated biography of Joyce Maynard including rare photos from the author’s personal collection.