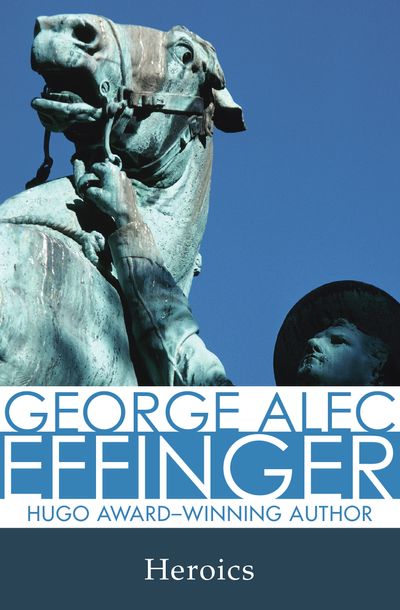 Published by Open Road Media
A coming-of-old-age novel from the Hugo Award–winning author of When Gravity Falls. “Engaging . . . spry, inventive, and often quite funny” (Kirkus Reviews).

In HEROICS, Irene--like everyone in the future--struggles with boredom. Food, clothing, and all the necessities of human life have been taken care of. But, what does that leave of life itself? At eighty-two, Irene sets out on a pilgrimage across America hoping to find the answer. Along the way, she becomes transformed, both physically and by her interactions with other civilians all trying to cope with this new world.

Filled with wry humor and fantastic symbolism, HEROICS mixes adventure and philosophy in a way both engrossing and entertaining. Of this book, friend and fellow writer Harlan Ellsion said, “It is the best Effinger yet…and for those of us who have been watching with amazement that is about as rich a compliment as you can expect from other envious authors. Damn him, he’s good!”

George Alec Effinger was a true master of satirical Science Fiction. Before his death in 2002, Effinger was a prolific novelist and short story writer, earning acclaim from his fans and peers, including a Nebula Award nomination for his first book WHAT ENTROPHY MEANS TO ME. In HEROICS, he revisits some of the themes and characters of that first book for startling, funny and poignant results.