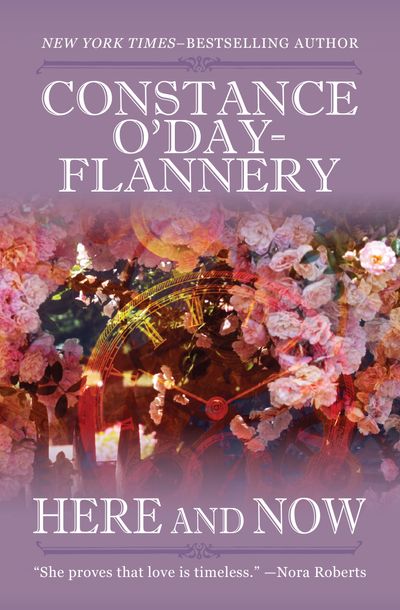 Published by Open Road Media
When Suzanne rescues a handsome stranger from the ocean, she has no idea that she’s found a man from another era—who is also the love of her life.

Suzanne McDermott is a strong, modern woman. She’s fully prepared to face the world after her spoiled, philandering husband leaves her. But, as she awaits the arrival of her new baby, Fate brings her another unexpected guest…a guest from the past.

The last thing Charles Garrity remembers was being shot and falling into the ocean off the New Jersey shore. That was in 1926. Now, he’s being dragged into the present day—literally dragged out of the water by Suzanne. How he got here is a mystery. It’s a mystery Charles doesn’t have time for, because right now the beautiful, pregnant woman in front of him is starting labor.

Can Charles overcome the differences between the past he knew and the wonders of the present? Can Suzanne put her life and finances in order in the face of a petty, trust fund husband? And, most importantly, can Charles move past his old-fashioned pride before it gets in the way of the love growing between them?

In HERE AND NOW, Constance O’Day-Flannery, the original “Queen of Time Travel Romance,” crafts a beautiful story of souls reaching across time to find a love everlasting.