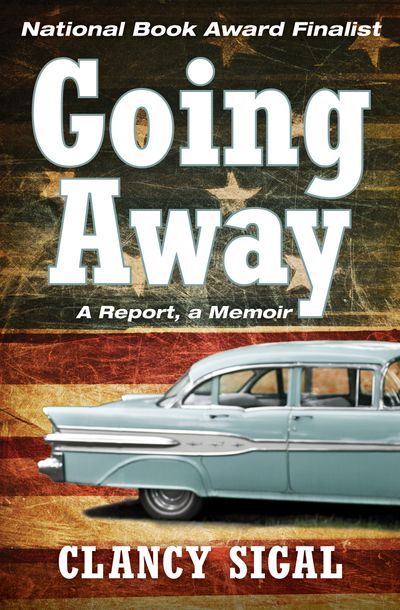 The year is 1956, and a blacklisted Hollywood agent sets off on a cross-country adventure from Los Angeles to New York City. Along the way—stopping at bars, all-night restaurants, and gas stations—the twenty-nine-year-old narrator, at once egotistical and compassionate, barrels across the “blue highways” to meet, fight with, love, and hate old comrades and girlfriends, collecting their stories and reflecting on his own life experiences.
Driven by probing stream-of-consciousness prose and brutally honest self-analysis, Going Away is a sprawling autobiographical journey into a kaleidoscope of American mindsets; most significantly, that of its radical narrator. Crammed with acute social and political observations, this urgent novel captures the spirit of its times, so remarkably like that of today.
An odyssey in the spirit of Jack Kerouac’s On the Road, Going Away is “a novel of major importance. There hasn’t been anything like it since TheGrapes of Wrath” (San Francisco Chronicle).