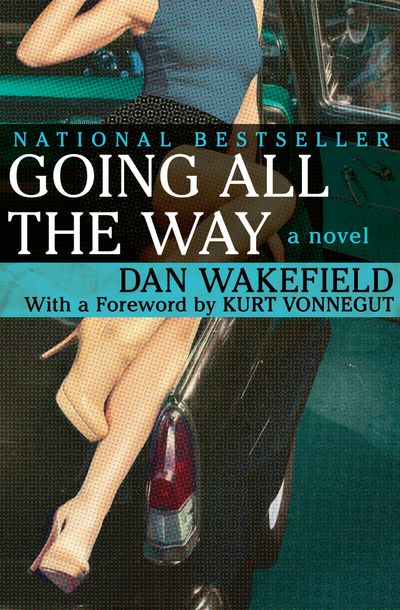 Going All the Way

Willard “Sonny” Burns and Tom “Gunner” Casselman, Korean War vets and former classmates, reunite on the train ride home to Indianapolis. Despite their shared history, the two young men could not be more different: Sonny had been an introverted, bookish student, whereas Gunner had been the consummate Casanova and athlete—and a popular source of macho pride throughout the high school. Reunited by the pains of war, they go in search of finding love, rebuilding their lives, and shedding the repressive expectations of their families.

As Sonny and Gunner seek their true passions, the stage is set for a wounded, gripping account of disillusionment and self-discovery as seen through the lens of the conservative Midwest in the summer of 1954. Rendered in honest prose, national bestseller Going All the Way expertly and astutely captures the joys and struggles of working-class Middle America, and the risks of challenging the status quo. Author Dan Wakefield crafts this enduring coming-of-age tale with fluidity, grace, and deep humanity.