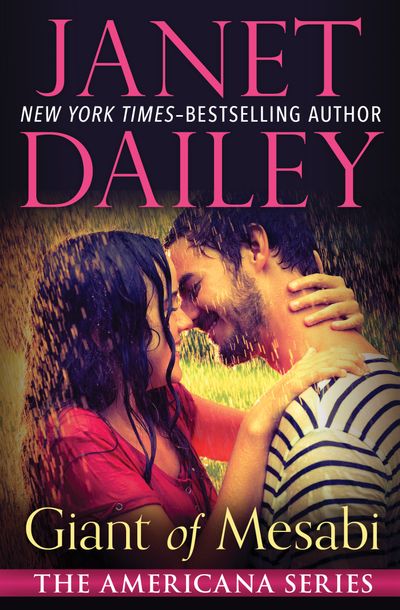 Published by Open Road Media
In the New York Times–bestselling author’s Americana romance, two brothers vie for a Minnesota beauty. One promises love. The other, passion.

College student Alanna Powell has come back to her hometown of Hibbing, built on the rich ore of the Mesabi Iron Ridge in Northern Minnesota. But it’s more than a just a summer vacation. She’s here to see Kurt Matthews, the man she plans to marry. But Alanna never considered a complication like Kurt’s older brother, Rolt. It was Rolt’s firm that took controlling interest in the Powell family iron mines years ago and made it a success. And now there’s one more thing Rolt wants to take: Alanna’s heart.

For blood brothers, Kurt and Rolt are as different as day and night. Kurt is kind, humble, and considerate. Rolt is conceited and demanding, a strapping giant of a man who goes after what he wants. That includes Alanna. He delights in wreaking havoc on her senses and breaking down her resolve with each stolen kiss. Now, as unexpected as it is, Alanna can’t help but admit that with every torrid summer night her resistance is beginning to melt away.