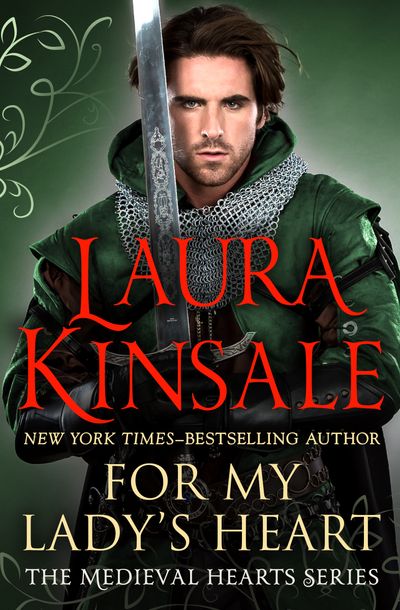 For My Lady's Heart

Published by Open Road Media
A princess sparks devotion in a chivalrous knight in this medieval romance by a New York Times–bestselling author who “creates magic” (Lisa Kleypas).

With Princess Melanthe di Monteverde widowed, a political marriage would tip the balance of power to any kingdom that possessed her. Determined to return to England alive and unwed, she hides behind a mask of witchery.

Protecting her is Ruck d’Angleterre, a chivalrous knight who never wavers—and the only man Melanthe wishes could lift the veil of her disguise. He once desired her, but now his gaze reveals distrust. As they flee her enemies, Melanthe’s impossible love for the Green Knight grows.

Ruck has remained chaste for thirteen miserable years, since his wife entered a nunnery, continuing to honor their marital vows. In that dark hour, when the church stripped him of his spouse and his possessions, the princess secretly came to his aid with two emeralds. Her safety is his duty, yet his heart is not pure. Each time he gazes upon Melanthe’s sable hair and twilight eyes, he wants more

Showcasing Laura Kinsale’s gift for bringing unforgettable characters to life on the page, For My Lady’s Heart is yet another winner from the author of Flowers from the Storm, chosen as one of the “Greatest Love Stories of All Time” in a poll of Washington Post and Glamour magazine readers.