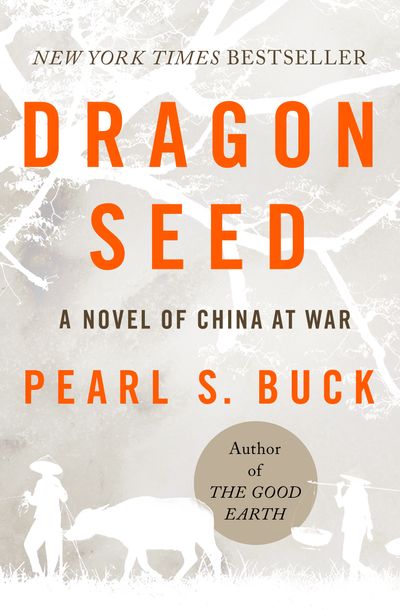 Published by Open Road Media
A New York Times–bestselling historical novel about the Japanese invasion of Nanking from the author of The Good Earth.
Farmer Liang Tan knows only a quiet, traditional life in his remote Chinese farming community. When news filters in that Japanese forces are invading the country, he and his fellow villagers believe that if they behave decently to the Japanese soldiers, the civilians might remain undisturbed. They’re in for a shock, as the attackers lay waste to the country and install a puppet government designed to systematically carry out Japanese interests. In response, the Chinese farmers and their families form a resistance—which not only carries grave risk, but also breaks their vow of nonviolence, leading them to wonder if they’re any different than their enemy. Later adapted into a film featuring Katharine Hepburn, Dragon Seed is a brilliant and unflinching look at the horrors of war. This ebook features an illustrated biography of Pearl S. Buck including rare images from the author’s estate.