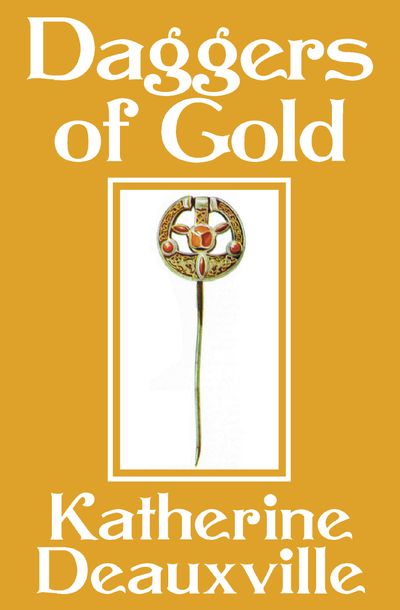 Published by Open Road Media
A Saxon beauty and a courageous knight fall prey to forbidden passion, as the medieval saga that began in Blood Red Roses continues.

Romantic Times praises DAGGERS OF GOLD as “A magnificent love story...real history brought to life by a consummate storyteller.” Find out for yourself what makes this spellbinding sequel to the best-selling Blood Red Roses so hot! Ingrith is the grand-daughter of a formerly powerful Saxon noble who has fallen from the King’s grace and left his family in the position of slaves and serfs. Her fiery will and glossy silver tresses set her apart from other peasant girls, but she has no control over her destiny. She remains bound by the will of others due to her family’s ancient ties to the web of intrigue surrounding the royal family. Her beauty at full flower, she finds herself the unwilling captive of a swarthy knight setting out to prove his loyalty to the King. Ingrith is to be a gift to the King, his servant and whore, until he tires of her. She refuses to submit to such an outrageous violation. But the only way she can escape is with the help of her captor, who has his own debt of honor to pay, and whose gorgeous eyes send shivers down her spine.