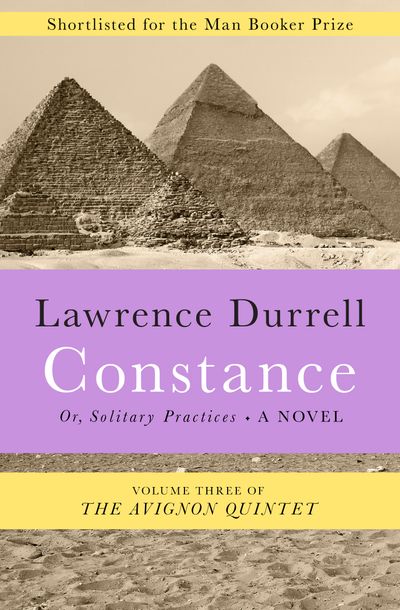 Published by Open Road Media
With the Second World War in full fury, Constance must explore the psyche of a mad world in order to save herself and those closest to her in the third volume of the Avignon Quintet. Durrell’s beautiful Avignon Quintet continues with this harrowing, tumultuous installment. Here the protagonist is Constance, a psychoanalyst and mystic struggling for clarity in a world on fire with war, hatred, and inexplicable brutality. Her quest for sanity takes her through the deserts of Egypt (and into the arms of the leader of a suicide cult), through war-ravaged Poland, and finally into ancient Avignon. In the fields of southern France, Constance sees a religious historical drama come to a close—a mysterious narrative that began with the Knights Templar and ends with Hitler’s mad grab for power.