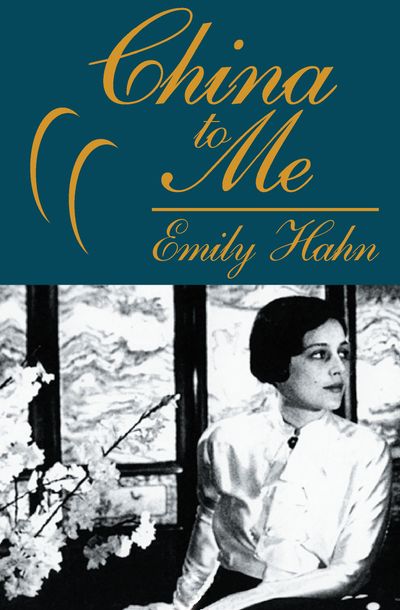 Published by Open Road Media
A candid, rollicking literary travelogue from a pioneering New Yorker writer, an intrepid heroine who documented China in the years before World War II.

Deemed scandalous at the time of its publication in 1944, Emily Hahn’s now classic memoir of her years in China remains remarkable for her insights into a tumultuous period and her frankness about her personal exploits. A proud feminist and fearless traveler, she set out for China in 1935 and stayed through the early years of the Second Sino-Japanese War, wandering, carousing, living, loving—and writing.

Many of the pieces in China to Me were first published as the work of a roving reporter in the New Yorker. All are shot through with riveting and humanizing detail. During her travels from Nanjing to Shanghai, Chongqing, and Hong Kong, where she lived until the Japanese invasion in 1941, Hahn embarks upon an affair with lauded Chinese poet Shao Xunmei; gets a pet gibbon and names him Mr. Mills; establishes a close bond with the women who would become the subjects of her bestselling book The Soong Sisters; battles an acquired addiction to opium; and has a child with Charles Boxer, a married British intelligence officer.

In this unflinching glimpse of a vanished world, Hahn examines not so much the thorny complications of political blocs and party conflict, but the ordinary—or extraordinary—people caught up in the swells of history. At heart, China to Me is a self-portrait of a fascinating woman ahead of her time.