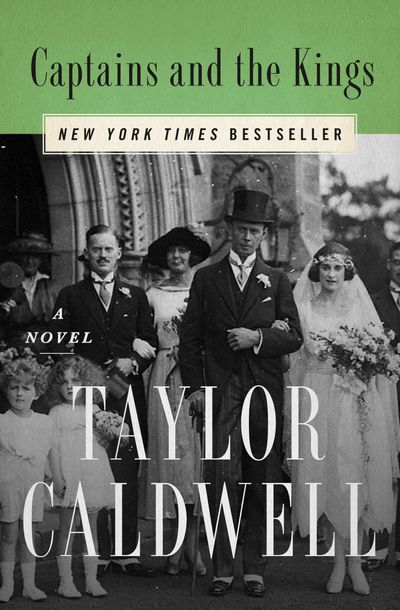 Captains and the Kings

Published by Open Road Media
New York Times Bestseller: Sweeping from the 1850s through the early 1920s, this towering family saga examines the price of ambition and power.

Joseph Francis Xavier Armagh is twelve years old when he gets his first glimpse of the promised land of America through a dirty porthole in steerage on an Irish immigrant ship. His long voyage, dogged by tragedy, ends not in the great city of New York but in the bigoted, small town of Winfield, Pennsylvania, where his younger brother, Sean, and his infant sister, Regina, are sent to an orphanage. Joseph toils at whatever work will pay a living wage and plans for the day he can take his siblings away from St. Agnes’s Orphanage and make a home for them all.

Joseph’s journey will catapult him to the highest echelons of power and grant him entry into the most elite political circles. Even as misfortune continues to follow the Armagh family like an ancient curse, Joseph takes his revenge against the uncaring world that once took everything from him. He orchestrates his eldest son Rory’s political ascent from the offspring of an Irish immigrant to US senator. And Joseph will settle for nothing less than the pinnacle of glory: seeing his boy crowned the first Catholic president of the United States.

Spanning seventy years, Captains and the Kings, which was adapted into an eight-part television miniseries, is Taylor Caldwell’s masterpiece about nineteenth- and early twentieth-century America, and the grit, ambition, fortitude, and sheer hubris it takes for an immigrant to survive and thrive in a dynamic new land.